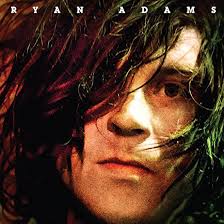 One never knows quite what to expect from a new Ryan Adams album. He has definitely thrown his fair share of curveballs throughout his prolific career, from 2003’s all-out rock album, the aptly titled Rock N Roll, to a trilogy of three very different albums all released within months of each other in 2005, and most recently, a more acoustic-based return to form with 2011’s Ashes And Fire. Adams’ new self-titled LP picks up where Ashes and Fire left off, and builds on his newfound sense of clarity and cohesion, drawing upon elements of the sounds and styles he so beautifully crafted on several of his previous albums.

While the album’s overarching style is most similar to the early-mid 2000’s portion of his catalog- one can definitely hear pieces of Demolition, Love Is Hell, and Cold Roses in much of the composition and delivery- it seems more to be the product of an artist who, with his refreshed perspective in the wake of some transformative life experiences, has taken the best elements of his varied body of work and built upon them quite skillfully and impressively. Several of the songs, most notably “Trouble” and “Gimme Something Good”, rock out with all the glory of the best moments on Demolition and Rock N Roll, while others like “Am I Safe?” and “Stay With Me” recall the lush, sprawling qualities that made Cold Roses such a standout album. One can also hear hints of his seminal solo debut Heartbreaker in what is perhaps the album’s strongest track, “My Wrecking Ball.” And it seems that Adams has laced this somewhat retrospective journey through the strongest phases of his multifaceted catalog with a common unifying thread of the same poppy-yet-melancholic quality that made Love Is Hell such a standout body of work. But rather than simply being a forced attempt to recapture his glory days, this collection of songs conveys a more refined, carefully honed version of the genre-bending genius that has finally emerged after weathering a long storm of substance abuse, health problems, and other personal demons.

What’s especially impressive about this latest album that has been missing from his work for quite some time is a true sense of cohesion and flow from beginning to end. Instead of being patched together unevenly with parts that don’t quite fit within the whole, this piece of art has been thoughtfully sketched out and detailed to create harmony, complements, and beautiful contrasts among its many elements. Now that Adams has stepped back from the insanely prolific, drug-fueled writing and recording habits he came to be known for a decade ago, he has truly hit his stride and is now able to create albums that feel fully formed, intelligently designed, and altogether both fascinating and pleasant to listen to.