These days it seems as if any time a relatively new male artist enters the scene with a style that’s somewhat folky, chill, and perhaps just a little quirky or left of the mainstream, the onslaught of Bon Iver comparisons start coming. Yeah, Bon Iver left his mark with two pretty impressive albums then suddenly became huge, won Grammies, collaborated with Kanye, and blah, blah, blah…but I don’t really get why he seems to have become the be-all and end-all in the world of indie music. There are so many talented, up and coming artists who are carving niches for themselves in this amorphous scene that is indie folk/pop/electronica and beautifully blending all these genres in their work. While I understand the convenience and power of dropping a Bon Iver comparison, I feel that it’s kind of unfair for two reasons. 1) The work of these musicians should speak for itself and be able to win over listeners without this kind of blanket comparison. 2) Justin Vernon has received more than his fair share of accolades in my opinion, and there are other artists out there who are on the fringe and deserve a little more attention than he does.

But I know people, especially music aficionados, love to make comparisons. We love to base our decision to listen to unknown artists on whether they “sound like” someone we already love. So I decided to go with this existing current and offer up this list of artists who I feel are in a similar camp as Bon Iver. If you’re a huge fan of his music and wish there were more artists “like him,” or if you just tend to prefer music that’s a little too dark and experimental to ever win a Grammy, you should check out these musicians. Chances are you’re already familiar with some of them, and the others will probably be right up your alley.

Fun fact: James Blake and Bon Iver collaborated on 2011’s “Fall Creek Boy’s Choir.” I heard that song for the first time in a yoga class a few years ago, and thus began my love affair with James Blake. I then went on to lavish my adoration on his covers of Joni Mitchell’s “A Case of You” and Feist’s “Limit To Your Love,” two of my favorite covers of all time and two songs that best showcase his absolutely stunning, crystalline voice. His style is eclectic, and his albums, 2011’s self-titled and 2013’s “Overgrown,” contain songs that range from sparse, icy, piano based ballads (“Our Love Comes Back”) to plaintive, meandering poetic pieces that build to soaring orchestral heights (“Overgrown”); and dark electronica that features rappers (“Take A Fall For Me” and “Life Round Here” feature RZA and Chance The Rapper, respectively). Blake definitely has an affinity for the avant garde, and his music can be a bit of an acquired taste. Give him a chance and you’ll surely find some treasures among his varied body of work.

Polica are almost like a James Blake outfit with a female vocalist. They also have a couple of direct Bon Iver connections, being an offshoot of the Minneapolis indie collective Gayngs that he was also part of, and featuring his vocals on their 2013 track “Tiff.” Singer Channy Leaneagh’s delightfully distorted, heavenly voice is a force to be experienced. I’m surprised she and James Blake haven’t collaborated on anything yet; they would sound perfect together. Polica’s songs have a similarly icy, avant garde, quality as Blake’s but their instrumentation is more percussion based, fleshed out, and assertive, whereas Blake’s has more of a quiet elegance. The dark, driving, otherworldy electronica that has become their signature sound will haunt you like no other; I could totally hear several of their songs provide the soundtrack to a chase scene in one of my nightmares. And as someone who loves dark, intense music, I mean that as a high compliment.

With a falsetto just as striking as Bon Iver’s, Active Child (the solo project of musician Pat Grossi) will draw you right into a darkly beautiful landscape of electronica that you won’t want to leave. While his songs are tinged with a certain darkness, they’re also draped in gorgeous choral arrangements and layers of shimmering electronic and string instrument sounds (most notably the harp), which gives them a strangely blissful yet haunting daydream-like quality. His latest EP, 2013’s “Rapor,” features vocals by Ellie Goulding and Mikky Ekko, and Goulding also covered “Hanging On,” a standout track from his 2011 debut album “You Are All I See.” If you’re looking for evocative electronic music that highlights harps and harmonies just as much as 80’s/New Order style synths, then look no further. Active Child’s got you covered.

How to Dress Well (a.k.a. Tom Krell) blends indierock/pop with electronica and R&B to create his own unique sound and style. His songs range from the more downtempo and lo-fi (Running Back, Ready For The World) to the more lavishly produced, ornate, and dramatic (Cold Nites, Words I Don’t Remember). He also collaborated with Active Child on 2011’s “Playing House.” He has a pretty stunning falsetto and a compelling, entrancing vocal style. Like James Blake, he has a penchant for the experiential and the avant garde, so he can be a bit of an acquired taste. The songs “Cold Nites” and “Repeat Pleasure” are on the more accessible, poppy side, so you may want to check those out first. He’s the kind of artist who if you listen to his albums in their entirety more than a few times, you’ll keep discovering little treasures and nuances that will make you appreciate him even more.

Dexter Tortoriello and Megan Messina, a married couple who create dreamy yet melancholy indie/electropop under the name Houses, have definitely satisfied my craving for more low key, ambient, and darkly emotive music. The couple’s mostly chill, but beautifully tortured and yearning vocals and their subtle harmonies often crescendo to a powerful expressiveness, blending perfectly with the lush, intricately layered soundscapes within each song. Their 2013 album “A Quiet Darkness” is an absolute masterpiece, so if you’ve never listened to them before, start there and be prepared to get swept away by its beauty.

Another couple who makes somber, downtempo electronic music, Ryan and Katie Vail are definitely right up there among my favorite new artists this year. Ryan’s subdued, whisper-like vocals work well within the minimal electronic landscapes of his songs, which draw similarities to the XX. The instrumentation and the overall layout of the songs are often sparse and chilling, and even the songs that have a slightly stronger beat are enveloped in an intriguingly dark, downbeat, shadowy haze. You’ll develop more of an understanding of the subtle beauty of Ryan and Katie Vail’s music if you listen to their latest EP, “Grow,” and the single “Fade.” Don’t underestimate their quiet, stripped down kind of power; it will surely leave an impression.

I’m pretty sure I discovered Conner Youngblood based on an “if you like Bon Iver…” recommendation, and I’m definitely grateful to whoever it was that pointed me in his direction. The dreamy, hazy landscapes of his songs are awash in beautiful details and intricacies. He’s a master of genre blending, seamlessly interweaving indie-folk with chillwave and accenting chilled electronic ambience and his seductively echoey vocals with hints of banjo, handclaps, and marching drum beats. It’s an ambitious formula for sure, and it works to produce an unparalleled sound and style that will surely earn him more recognition and accolades in the near future. Begin your journey through his varied body of work with “The Warpath,” and I promise you’ll be hooked.

This 19 year old New York musician has quickly become one of my new favorite artists. The various musical elements and genres he blends in his work definitely make him stand out in the growing crowd of young electronic/indie solo artists. He fuses dark electronica with indie folk, rock and jazz in a skilled, playful way, and I hear hints of Radiohead, James Blake, Chet Faker and Bon Iver in his compositions. Listen to his 2013 debut album, “Highspeeds,” and expect big things from him in the near future.

Vancouver Sleep Clinic is the nom de band of 17 year old Australian musician Tim Bettinson. Just listen to his debut EP, “Collapse,” and you will be blown away by the fact that this guy is actually still a kid. The level of artistry and maturity in his work is beyond impressive. His crystalline voice is very Bon Iver-esque, and it accompanies the lush tapestry of instrumentation in each song with a brilliant sparkle that leaves a lasting emotional impression. He’s definitely an artist who will garner more attention and recognition very soon. Listen to “Collapse” and be prepared to add him to your list of favorite new artists.

Another contender for my favorite new artist of 2014, Still Parade is an indie folk/pop project by Belin based musician Niklas Kramer. He crafts dreamy, meandering songs that are woven with threads of strings, pedal steel, soft percussion, chill electronica and highlighted by his ethereal falsetto. Along with Vancouver Sleep Clinic, he’s probably the closest in sound to Bon Iver of all the artists on this list. His latest EP, “Fields,” is an absolute treasure that is definitely worth checking out. 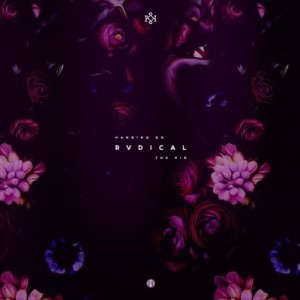 Rvdical just released an amazing reworking of Active Child’s “Hanging On” that I honestly can’t stop listening to. I love both the original Active Child song and the Ellie Goulding cover, and this remix blew me away within the first minute. It’s just something you have to experience. It’s creative, captivating, and chill in all the best possible ways.

If I had to compare it to something, it would be maybe an Odesza remix.