We derive a certain comfort from putting things into categories, and we can get a sense of our preferences and our identity by doing so. I can tell you that I like indie rock, independent films and literary thrillers, and you might develop a rough sketch of who I am just by knowing that I prefer those genres. You might be able to refine that sketch if I told you I liked post-hardcore, mockumentaries, and supernatural thrillers. There is an astounding amount of sub genres popping up these days in the music world and an almost obsessive compulsive need for fans and critics to define a band’s sound in terms of one neat category or to invent a ridiculous sounding new genre just for them. I actually found myself using the term “chill trap” last week in an attempt to describe a remix, and I stopped myself before I could hashtag it in a tweet. #chilltrap to me is kinda synonymous with #musicdouche…

I wrote a short piece a few months back on La Dispute’s stunning new album “Rooms of the House” and how it defied categorization. It’s challenging to try to fit this band into even a specific sub genre like post-hardcore. While their unique sound does include elements of post hardcore, it also encompasses spoken word, jazz, and various other styles and elements. It would sound ludicrous if I tried to coin a new genre name like “progressive emo jazzcore,” just to satisfy my need to label this band and make them fit somewhere in the genres that I use to define my tastes and my identity as a music lover. It might be more effective to describe La Dispute as a post-hardcore band with a unique hybrid sound that’s challenging to categorize. Do we have to put our preconceived ideas and labels into listener’s heads before they’ve had a chance to hear the music and decide for themselves what it means to them and whether it speaks to their sensibilities? Why not just let fans listen to the record and let the music speak for itself?

La Dispute are just one example of this current music genre madness. There’s apparently a whole “emo revival” going on (who said “emo” ever really died anyway?), and I’ve discovered several new favorite artists over the past couple of years that do remind me a little of the emo music that defined my teenage years and my early 20s. I can certainly hear hints of bands like Saves the Day, Thursday, Bright Eyes, The Early November, The Appleseed Cast, etc. in some of the younger bands that are getting more attention and gaining more popularity today, but I don’t think I’d necessarily call these bands “emo” or “emo revival.” I also don’t think I need to invent a douchey sounding new category for these bands like “nu emo” or “post emo.” It’s fine to acknowledge a band’s influences, but again, it’s more powerful and personal for listeners when we can let categorization take a bit of a backseat and allow the music to speak for itself.

Music scenes will always evolve and expand to encompass various nuances in sound and style, and bands that we have fit into a predetermined genre or sub genre will most certainly change their sound and defy that genre at certain points in their career. Saves the Day are a perfect example of a band who have gone through remarkable changes in their sound and lineup over the 15+ years they’ve been around. One could say they started out as more of a pop-punk band, evolved into what would be called “emo”, then brought in elements of power pop, and just kept growing and changing in such a beautiful way. Now I’d be hard pressed to try to fit them into a category and I wouldn’t want to. Saves The Day come up frequently in conversation due to the fact that they’re my favorite band of all time, and when people who haven’t heard them ask me about their music and what they sound like, I don’t even attempt to use genre labels. I simply say that they’re an amazing rock band whose sound has evolved a lot over the years and that each album in their catalog is so different from the next, so go listen and see for yourself.

I try to listen to new music with an open mind and to disregard my preconceived notions about genres and how I’ve defined my particular tastes and identity, but I do still find myself seeking the comforts of categorization and comparison. I guess it’s just something that human beings have always done and will always continue to do. I like hearing that a new band or artist someone is recommending to me sounds a bit like the XX or is “emo tinged.” Describing music in terms of genre or influence is definitely an effective marketing tool and will draw skeptical listeners, including myself, right in. But I think there needs to be more of a balance and mindfulness in the way we categorize and compare artists. Offering up a broad category and maybe a comparison or two to a similar artist and letting go of the need to slap on all these narrow sub genre labels might be one way to go. I think we all need to categorize less and just listen more.

There are lots of Phantogram remixes out there and this one is definitely a cut above the rest. Cryptic has turned “Fall In Love” into somewhat of a club anthem, and it’s perfect. The beats work absolutely perfectly with the vocals, and it’s just plain fun and danceable. You’ll totally fall in love with this remix.

Sane Beats has taken a classic chillout track- Bonobo’s “Terrapin” from 2000- and freshened it up a little bit. The results are fantastic. Still nice and chill but with a revised, more modern vibe. I’m loving it. Definitely check it out if you’re in the mood for something kind of chill…

Whoa. As soon as the bass line kicked in on this excellent remix, I was in heaven. ZEDS DEAD are masters at the art of remixing, and their latest work is further proof. It’s really, really good. 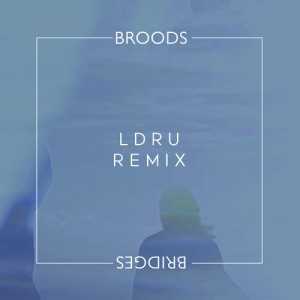 This is the second remix of this song I’ve come across in the past week, and I like the darker spin that L D R U puts on it. The original song has a more upbeat, shiny feel to it, and this lets me experience it in a completely different way. He’s added in some interesting beats that are quite effective and work really well with the vocals. Check it out. 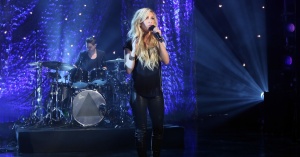 Seven Lions and Ellie Goulding together? Wow, what a team. I mean, Ellie could provide vocals for just about anyone and she would sound amazing, but this combo is absolutely stellar. It’s a mix of high energy beats/electronica and soaring, ethereal vocals, which are basically the ingredients to any uptempo Ellie song.

Check it out here. You’ll probably want to listen to it again and again:

If you like dark, downtempo, electronic music with seductive vocals, you’ll love “Goddess,” the new single by Banks. It’s from her forthcoming debut album, which I’m sure will prove to be a pretty impressive body of work.

Fans of SOHN, Polica, How to Dress Well, the Weeknd, and London Grammar should be all over this. 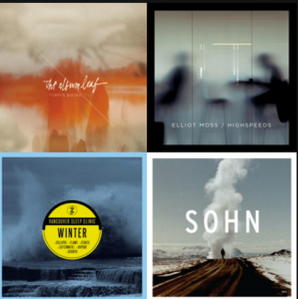 Here are all the playlists from my classes in April. April was a month of new discoveries for me; I found some awesome new artists I love, including Jaymes Young, Ryan Vail, SOHN, Vancouver Sleep Clinic, Elliot Moss, ASTR, and The Kite String Tangle. I’ve been using Soundcloud and social media sources more, so I’ve also found more remixes and covers to use in my playlists.

1st week of the month

Also, almost the songs that aren’t available to listen to on these spotify playlists can be found in my soundcloud remix/covers/mashups playlists.

The Republic of Wolves recorded a beautiful acoustic cover of Taking Back Sunday’s “Like You Do,” a song from their recently released album “Happiness Is.” They definitely did justice to the original song, and I feel like Taking Back Sunday would wholeheartedly approve.

They have a couple more acoustic covers on their YouTube page that are also worth checking out. “I Need My Girl” by The National and “Jealous” by Beyonce.

I just put the finishing touches on my latest remix playlist and uploaded it to my soundcloud page. This one is especially eclectic, featuring remixes of a wide array of artists including Sigur Ros, The Weeknd, 2Pac, Fleetwood Mac, Jaymes Young, Little Dragon, and many more. Over 2 hours of listening pleasure…

Check it out here:

THIS IS THE REMIX vol. 4